Int Dodgers win on the road at SSLL Cubs, improve to 4-1

On a Monday evening affair at Ernie Howlett Park, the Dodgers squared off against the Silver Spur Cubs.  The Dodgers loaded the bases in the top of the 1st, off Cubs starter Grant Holdworth, but were unable to plate a run.  Sean Lee took the hill for the Dodgers, and appeared to be on pace for a complete game.  It only took 24 pitches for him to get through the first two innings without allowing a run.  The game entered the top of the 3rd as a 0-0 tie.  The Dodgers got things going in the 3rd on a leadoff single up the middle by Michael Masellis.  From there, the Dodgers tallied 6 runs, with most coming on a slew of singles. The Dodgers entered the bottom of the 6th with a comfortable 6-0 lead.  Much to the dismay of the fans, Sean Lee had to come out of the game due to injury with a runner on 1st.  Reid Howard took over for the Dodgers.  Reid was solid on the mound, aside from a hard hit 2-run double by Jake Ward of the Cubs.  The Dodgers entered the top of the 4th with a 6-3 lead.  The Dodgers would score 3 more in the top of the 4th to take a commanding 9-3 lead.  The Cubs put several balls into play in the bottom of the 4th, but the bats were silenced by two strong defensive plays by Dodgers second baseman Lucas Nulman.  Luka Ibanez led off with a single for the Dodger in the 5th.  Each team scored runs in the 5th inning, and the game entered the 6th with the Dodgers ahead 10-5.  The Dodgers were further energized in the 6th on a hard hit line drive single by Heath Casey.  The Dodgers would take a 12-5 lead, but the game was called due to darkness, and the score reverted back to 10-5.

With the win, the Dodgers improve to 4-1 on the season.  Next up for the Dodgers is another Interleague Game on Wednesday, 3/18 @ 5:00 PM at LBLL against the Rolling Hills Mariners. 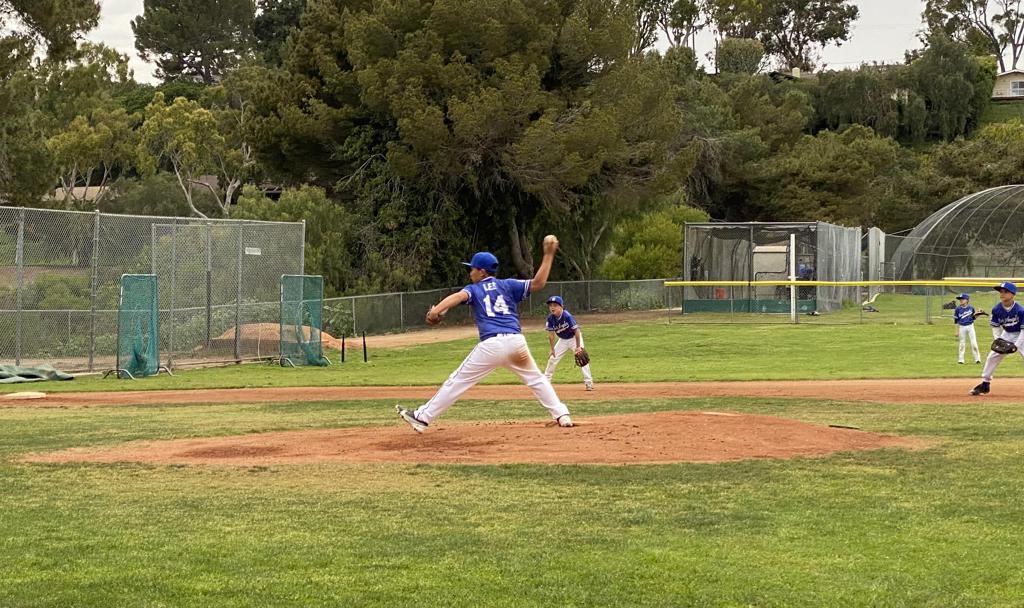