It was an early morning 8:30 start, with the Dodgers visiting the Cardinals.  The Dodgers led off the game with a walk by Joseph Sarmiento, who would come around to score on a triple by Sean Lee off starting pitcher Holt Tyler.  The Cardinals would answer with a run of their own in the bottom of the first with a single by Jake Pekarek that scored Keegan Smith.  Both starting pitchers were strong from there, and the score was 2-1 Dodgers after 3 innings.  The Dodgers hung 5 runs on the board in the top of the 5th, with the highlight being a two out 3 run fly ball single by Diego Gutierrez.  Joseph Sarmiento pitched a scoreless bottom of the 4th, and the Dodgers entered the 5th inning with a commanding 7-1 lead.  The Cardinals hung 5 runs of their own in the bottom of the 5th, with two of the runs scoring on a triple by Avi Desai.  Keegan Smith pitched a scoreless top of the 6th, and the game entered the bottom half of the inning with a score of 7-6.  Pitcher Wes Agnew retired the first two batters of the inning, and then Avi Desai reached first on an infield single.  With speed now on the base path, the Cardinals 3rd base coach sent Avi to second on an attempted steal.  He was thrown out at second to end the game by a perfect throw from catcher Joseph Sarmiento, and an equally perfect tag by shortstop Sean Lee.  With the victory, the Dodgers improved to 3-1 on the season.  The Dodgers will be boarding the team bus on Monday, and heading to Earnie Howlett Park to take on the Silver Spur Cubs at 5 PM. 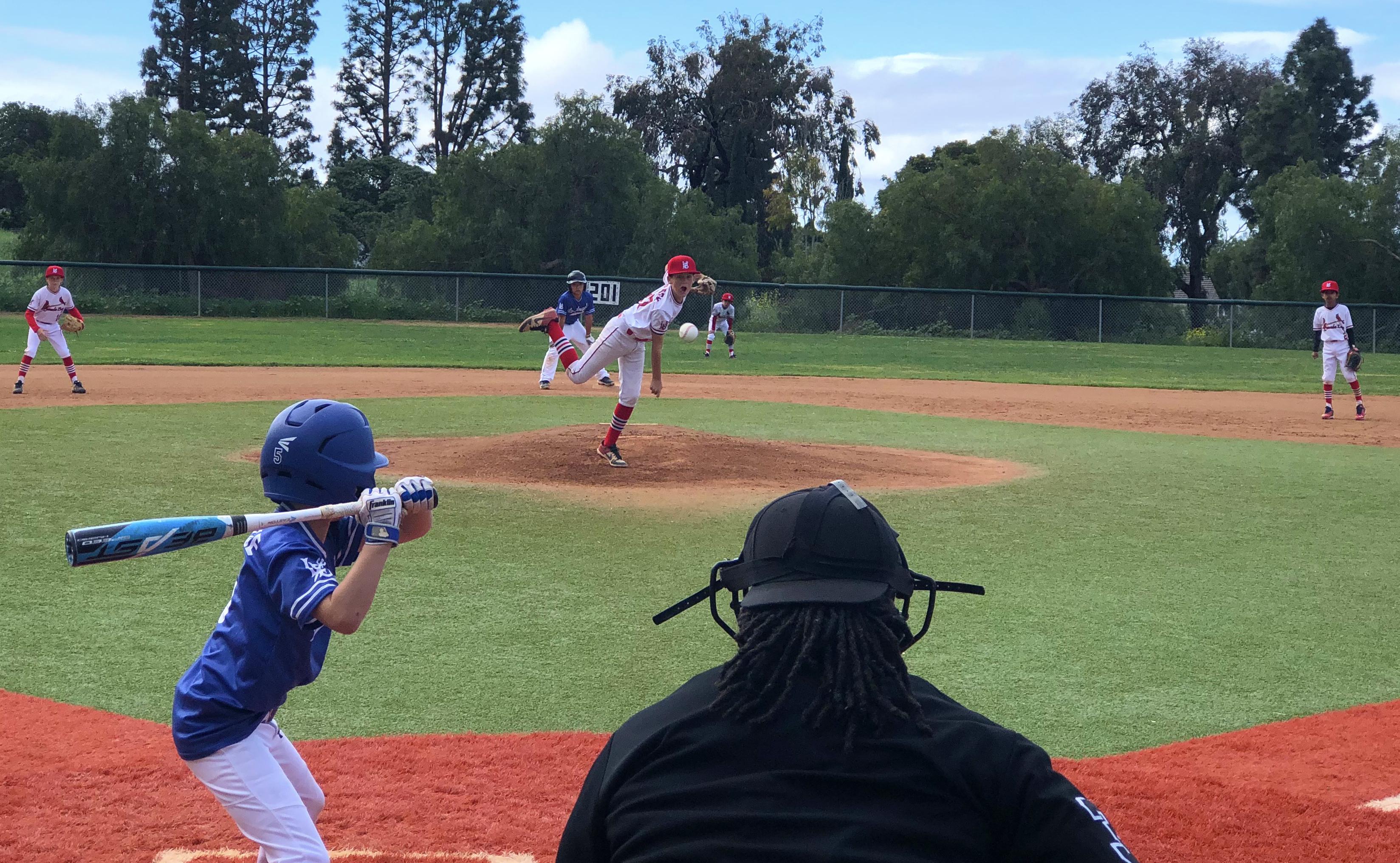